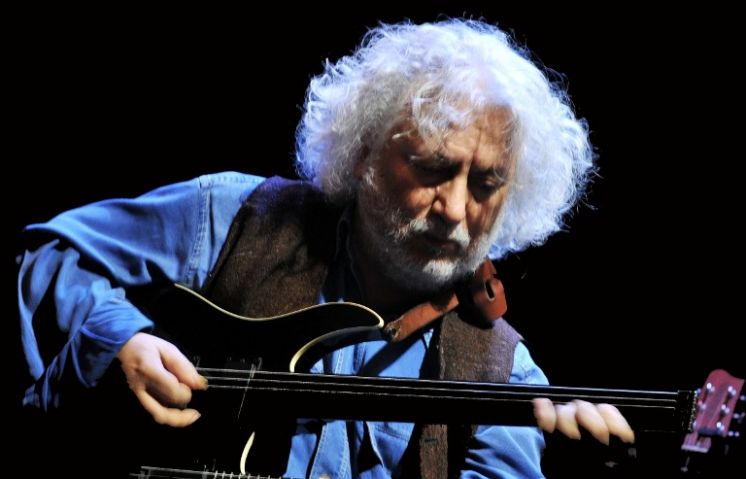 Erkan Oğur was born in Ankara and as a child he became interested in violin and the Turkish bağlama, practicing the instruments frequently. He later studied physics in Ankara and Munich and in 1973, he started playing the guitar and chose to be a musician. Since he needed detailed sounds in order to obtain Turkish melodies, he modified his guitar, inventing the fretless classical guitar in 1976. In 1989 he went to the U.S. to work with local Blues artists, introducing fretless guitar into Blues. He has released albums in Germany and Turkey, he has given concerts and participated in numerous festivals and he composed the music for the films Eşkıya and Yazı Turab. Oğur is a member of the Telvin trio, which mainly performs Turkish folk music in improvised jazz style. Their album Telvin was released in 2006.