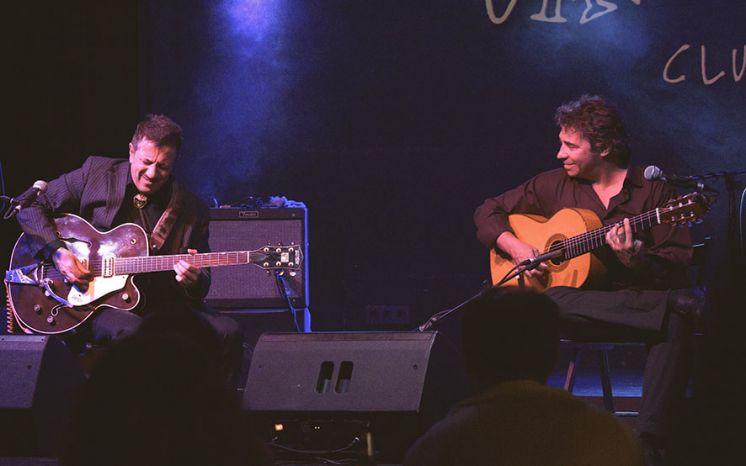 Nono García’s flamenco guitar and Pablo Novoa’s electric guitar come together, allowing the two musicians to showcase their musical influences in the form of orchestral songs. Jazz, blues, flamenco and music from Latin America, in the rhythm of a friendship that led them to share their compositions, a mix of souls, each influenced by their distinct homelands: the Barbate and Vigo. Two fishing villages, one in Andalusia and one in Galicia, with influences from the Mediterranean to Portugal, from Argentina to Canada and from the Caribbean to Gibraltar. They sound like the sea and play together as a beating heart between a Spanish and an electric guitar.