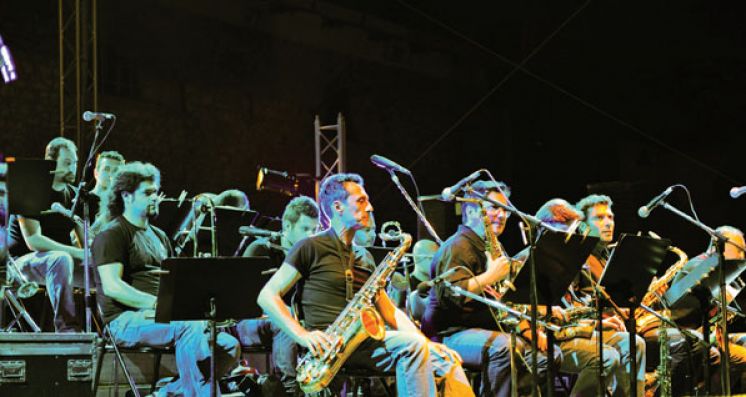 The Athens Big Band was formed in 1998 at the initiative of virtuoso pianist Mr. Yiannis Terezakis and has since had a very active and significant presence in the music happenings in the City of Athens and all of Greece. The Athens Big Band repertoire includes performances of historic compositions and orchestrations by the pioneers of the Big Band philosophy as well as a wide spectrum of contemporary, quality jazz works.

The Athens Big Band has performed in all major concert halls and art and music festivals in Athens, Thessaloniki and the provinces. Renowned maestros and composers of jazz and contemporary music have conducted the Athens Big Band, including William Russo and Don Owens. Meanwhile, istinguished Greek and international soloists have performed with the Band. The artists who make up the Athens Big Band are among Greece's most competent soloists and are renowned for their skills in jazz improvisation as well as their flexibility in interpreting various jazz styles with accuracy.