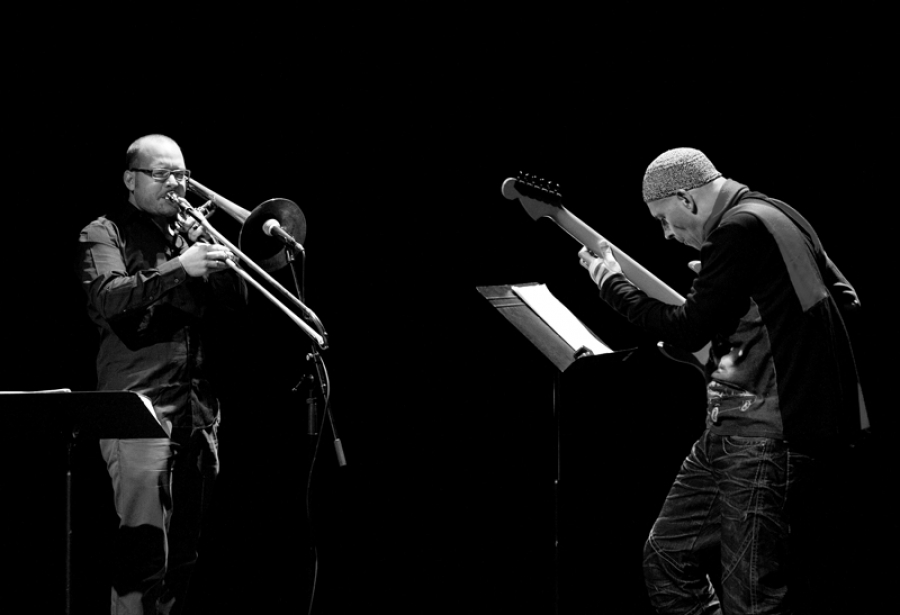 Two masters of European jazz improvising together in a duo situation! Sure to be a transcendent and beautifully challenging exploration of the outer limits of instrumental expression, this duo features two of Europe’s most idiosyncratic musical talents.

French guitarist Marc Ducret debuted in 1986 playing with Patrice Caratini octet. He collaborated in the Orchestre National de Jazz. He was awarded Django Reinghardt Prize in 1987, in 1988 and 1989. Jazz Hot magazine elected him the best French jazz guitarist, and in 1989 he was hailed as a SACEM star.

Samuel Blaser is a trombonist shooting star. A native of Switzerland who now commutes between New York and Berlin, Blaser is a musician who has internalized all that jazz history has produced and commands over a powerful musicality spanning classical intonation and improvisation. His smooth flowing lines sometimes contrast sharply with the guitarist’s harsher statements. Thus, his music appears in its versatility as a panopticon of current improvisation techniques, time and again building suspense with new musical facets.