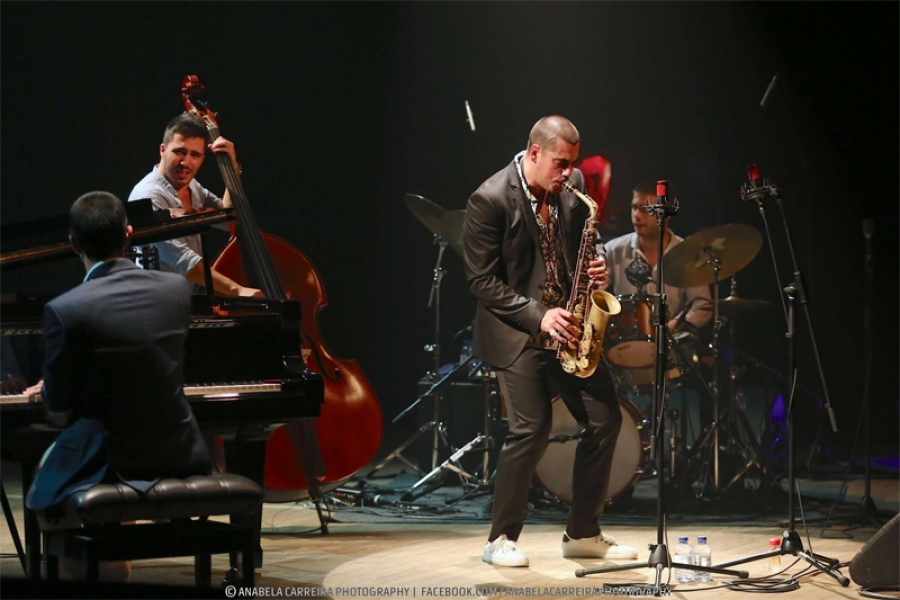 Considered the best national player in 2015, saxophonist Ricardo Toscano sold out in two of the most important concerts rooms in Portugal, Culturgest and Centro Cultural de Belém - the celebration of a journey not made only of academic learning, but above all of a passion for jazz. From an early age, Ricardo Toscano became aware that his future pointed to jazz and specially to the saxophone. He began to imprint his name in the music scene, playing alongside with Mario Laginha in the resurrected Sexteto de Jazz de Lisboa, having in his curriculum shows at Estoril Jazz, Funchal Jazz and at Angra Jazz. Still in his youth, he revisited the hard bop tradition, learning from Coltrane, Parker or Ornette Coleman, that he considers the most stimulating historic period of Jazz.

His quartet is formed by equally very young musicians: João Pedro Coelho, Romeu Tristão and João Pereira. All of them are passionate about the same musical style; balanced between the original melodious repertoire and free improvisation, the quartet has established its jazz language and now plans to record its first album.