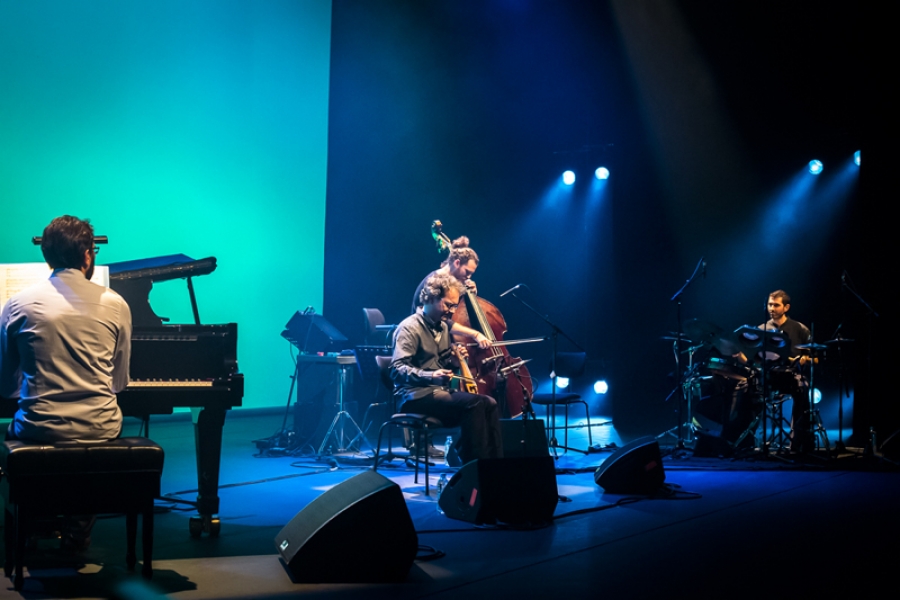 Sokratis Sinopoulos studied classical guitar, Byzantine music and folk song. In 1988, he started studying kemençe and laouto with Ross Daly and joined his group “Labyrinth”. Since then, he has been collaborating with musicians from Greece and abroad, participating in recordings and concerts around the world. He has recorded with Charles Loyd for Blue Note and with Jean-Quihen Queyras for Harmonia Mundi. In 1999, he was awarded with the National Young Artists' Award Melina Merkouri by the Ministry of Culture. In 2011, he established the Sokratis Sinopoulos Quartet. Their first album, Eight Winds, released in 2015 by ECM Records, was produced by Manfred Eicher and received great reviews internationally. He is an Associate Professor in the Department of Musical Science and Art at the University of Macedonia.

Yiannis Kirimkiridis studied classical piano. He has collaborated with a number of artists, such as A. Dinkjian, H. Yazdjian, El. Arvanitaki, D. Savvopoulos and others. Dimitris Tsekouras studied piano and violin. At the age of 20, he decided to try the double bass and started collaborating with ensembles from the fields of folk and world music, participating in concerts, recordings and theatrical productions. Dimitris Emmanouil studied next to leading musicians in Greek and Balkan percussion, as well as in Ethnic, Latin and Multi percussion. He has a significant contribution to recordings for theatre and cinema.