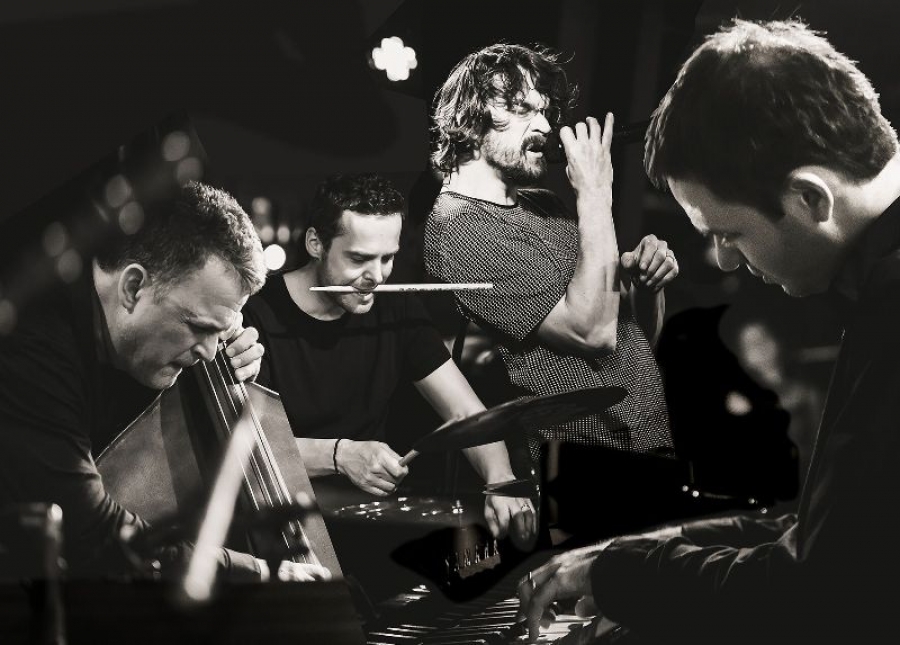 Dan Bárta is one of the most acclaimed Czech male vocalists. Possessing a very distinctive voice, he manages to incorporate rock, funk, blues, jazz and the world of musicals into his overall artistic vision. He began his singing career in the early 1990's and has received 14 awards from the Czech Academy of Popular Music. With the release of Illustratosphere in 2000, Dan Bárta embraced the jazz world and started an intimate new journey. In late 2010, he released Theyories, in association with his long-time live collaborators, the Robert Balzar Trio. Dan also toured the Czech and Slovak Republics recently with Bobby McFerrin, as a special guest vocalist in Bobby's touring band.

Robert Balzar is one of the leading bass players on the Czech jazz scene and he is considered to be a follower of such icons as George Mraz and Miroslav Vitouš. The Robert Balzar Trio has six albums to its credit, one of which (Tales) is a collaboration with American jazz guitarist John Abercrombie. Pianist and composer, Vít Křištan is the leader of his own trio and a member of the Joanna Kucharczyk Quartet and Concept Art Orchestra. Kamil Slezák is a drummer known for his sensitivity and versatility and a member of different ensembles like Gustav Brom Big Band, Janacek Philharmonics and other.