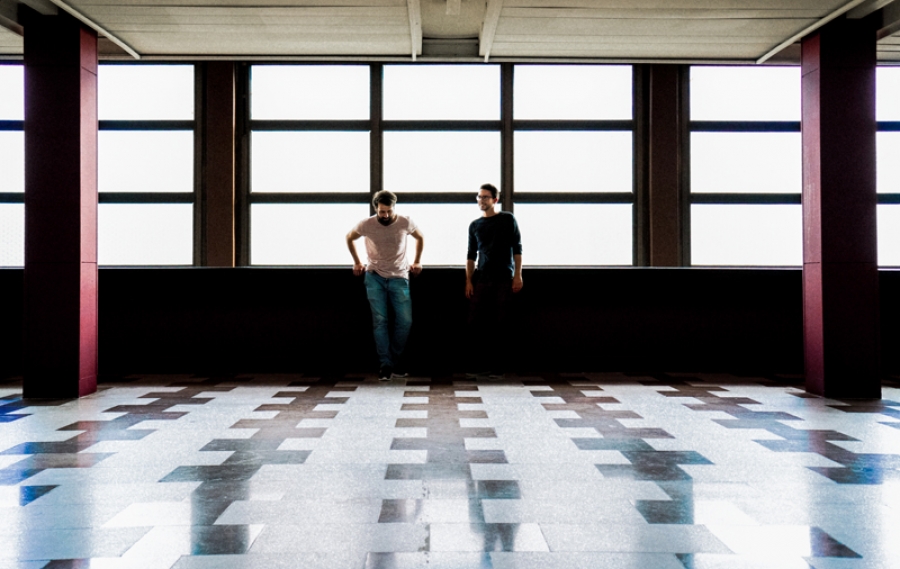 Grandbrothers are Erol Sarp and Lukas Vogel. Together, they combine classical composition with modern, experimental production and sound design. Their debut album Dilation was recorded using a grand piano and a series of self-built electromechanical hammers, which were triggered to play the piano, creating new and previously undiscovered sounds. Surprisingly, there are no synthesizers on Dilation: everything comes from the grand piano.

Grandbrothers’ one-of-a-kind live show replicates the process by which the duo made Dilation. Their unconventional live setup lends itself to spontaneity: it’s like witnessing open-heart surgery on the grand piano, where no two performances are the same. Meanwhile, the influence of techno and club music on their sound becomes amplified during performance, with exhilarating and often unpredictable results. The album Dilation, inspired by Steve Reich, Ryuichi Sakamoto and Alva Noto, is cinematic but rhythmic, and it received praise both online and in print across the UK, Europe, and the US.