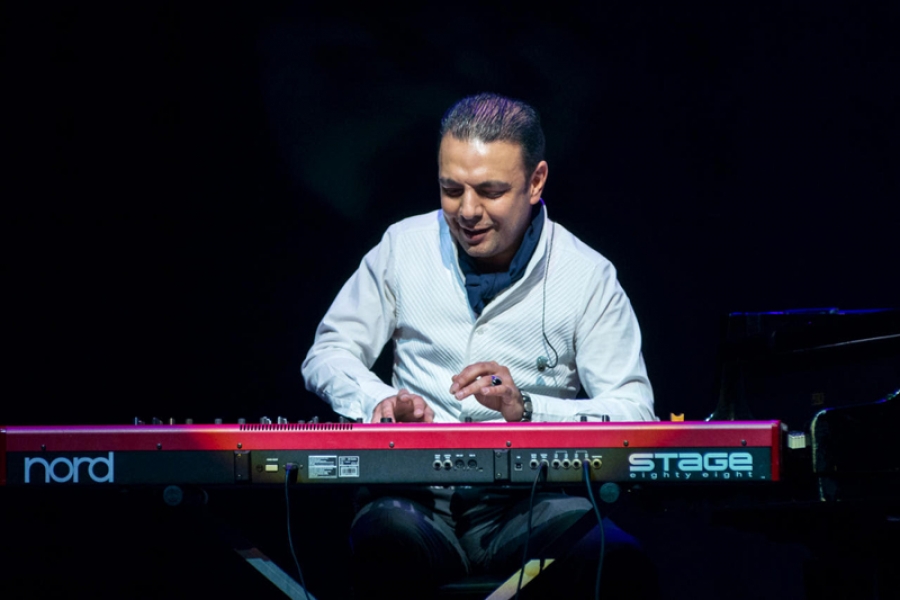 Enver Sadigov, is a famous Azerbaijani accordionist, virtuoso and composer, who performs from classical to jazz music, creating a marvelous bridge between the two genres. He is one of those musicians who cross the borders without claiming it but simply playing. Since the ‘90s, Enver has played in various concert halls all over the world. In 2013, he created a new Renever musical instrument. Emil Afrasiyab is one of the most famous jazz pianists of Azerbaijan, being specialized in classical and traditional Mugam styles. He has performed in more than 40 countries and won the Montreux Jazz Competition (2011) as a solo pianist. With his trio, he has played at the Kennedy Center for the Performing Arts (2014), presenting his unique fusion of West and East, Jazz and Mugam and in Carnegie Hall. Born in Ukraine, Eljan Jabrailov is interested in different genres of music. He studied violin and contrabass at the Baku Musical Conservatory. In 2014, he won the First Place at the International Music Contest in Edirne (Turkey). In 2015 and 2016, he attended the famous Caucasus Jazz Festival in Georgia. Iskandar Alaskarov, playing both on tar and drums, he has worked with many prominent pop and jazz bands. Today he is mainly engaged in ethno-jazz music. Interested in music and arts, Alakbar Alakbarov studied the tar in Baku Music Academy. He currently writes his PhD dissertation in Azerbaijan National Conservatory, where he teaches tar. Alakbar is the winner of several music contests in Azerbaijan and has performed with prominent music bands in Azerbaijan and abroad.